Call Us For a Free Quote or Expert Advice

People often associate pests with irritating and sometimes downright nasty insects such as cockroaches, flies, and bedbugs. Unfortunately, pests can also transmit dangerous diseases to humans and animals that can be extremely harmful if left untreated. Some of the most dangerous pests in Dubai are mosquitoes, ticks, fleas, and rats, which can spread viruses such as dengue fever and leptospirosis to both humans and pets alike.

Here are five of the most dangerous pests in Dubai, the most common diseases they transmit to humans and animals, and some tips on how you can avoid getting infected by them. 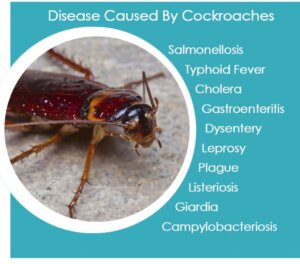 Cockroaches are one of the most common pests found in your home and offices and can cause many diseases. They can also quickly enter your home, so it’s important to take action as soon as you notice them. Here are five facts about cockroach infestation and their ailments:

Prevention: Cockroaches are among the most dangerous pests because they can carry and spread diseases . Keeping them away is one of the most important things you can do for your health.

If you spot cockroaches, call a professional cockroaches pest control company to get rid of them and educate yourself on how to keep them away from your home and offices. 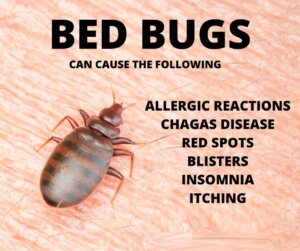 Bedbugs are one of the most common pests found today. They infest mattresses and furniture, and their bites can be extremely itchy. Bedbugs are a major cause for concern as they carry various diseases such as Chagas disease and leishmaniasis. There have been cases where people have suffered anaphylactic shock from bedbug bites. Varies from person to person. They are generally small with oval-shaped bodies that range in color from brown to crimson red. If you have animals at home, make sure they do not sleep on the same surface as humans. When it comes to pets, take measures such as using regular flea treatments. If there is anything that could attract these pesky insects, seal off areas such as cracks and crevices with sealing material.

Prevention: Bed bugs are nocturnal creatures, so they’re out at night. They usually crawl into your bed and lay eggs, which can cause a lot of irritation from their bites. Bed bugs can transmit diseases such as typhus, bubonic plague, and more if they bite you. Prevention is key to keeping these guys at bay, but if you have already been bitten by one or more bed bugs, it’s time to call a professional Bed bugs pest control company to exterminate them.

If you have a flea infestation, your pet may have contracted bacteria and parasites from them. One such parasite is the tapeworm which can cause seizures and even death. Fleas are one of the most common and dangerous pests in Dubai. Fleas are small, dark brown or black, and have flat bodies which allow them to move around quickly. Fleas can also carry diseases such as plague and typhus, bubonic plague, and murine typhus that can be transmitted to humans when bitten by an infected flea. It only takes one flea egg to turn into an adult and complete the cycle. You may not see any adult fleas on your pet, but their eggs and larvae are present in high numbers, making them difficult to detect or eliminate

Prevention: Fleas carry diseases like typhus, bubonic plague, and murine typhus. These diseases can be deadly if not treated properly. Prevention is key because there’s no cure for flea infestation. The best way to prevent this is to invest in a flea treatment program for your home and your pets. Prevention is important because once fleas take hold, they will live in your carpets and furniture where they reproduce rapidly. Get a professional Fleas pest control company to help you get rid of these pests before it’s too late! 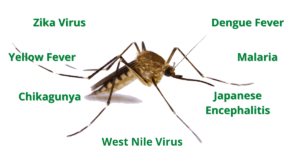 Mosquitoes are one of the most dangerous pests to infest and need to be exterminated immediately. The list is long, but these are some of the most common mosquitoes and their diseases:

Prevention: Mosquitoes can transmit a variety of diseases, such as Dengue Fever and Malaria. They can also transmit other viruses, like West Nile Virus. Mosquitoes are hard to prevent without traps or insecticides, but mosquito bites can be cured with anti-inflammatory medicines or antibiotics. Call a professional Mosquitoes pest control company if you suspect there is an infestation and want to take precautions against a possible outbreak. Rodent infestation is a health and safety concern for everyone, especially children. One of the most dangerous pests in Dubai, rats can carry deadly diseases like Salmonella, Hantavirus and Leptospirosis. Rodents are most active at night when many people are asleep and unaware that they have been exposed to these diseases.

Besides spreading disease, rodents are also a fire hazard. Mice or rats only need a small amount of food to bare their teeth to become destructive pests, chewing on electrical wires and starting fires. A single rodent infestation can result in thousands of dollars in damage. Rat infestations are dangerous to all people, but they pose a greater danger to children because they do not always understand that it is unsafe to pick up or touch these creatures.

Prevention: Rodents are dangerous pests and can carry diseases, so it’s important to take preventive measures to keep them out of your property. Here are four ways to prevent rodents from coming into your home or office:

Here at Al Waha, we believe that everyone deserves to enjoy peace of mind and a higher quality of life in a hygienic, pest-free environment.
Annex General Maintenance is a sister concern of Al Waha Hygiene pest control and Facilities Services L.L.C. 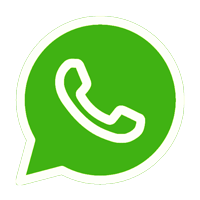